Get A Quick Quote 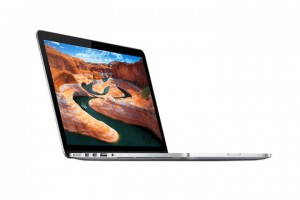 For all Apple MacBook lovers, there comes a good piece of news! If you wanted a svelte brand new laptop from your beloved brand Apple, go for MacBook Pro Retina Shrink now. It features a 13 inch screen which of course is sleek enough for your like. Remember the 15 inch model that was launched in the month of June this year? This present model is being considered its revised edition that was launched yesterday itself.

Mr. Phil Schiller – Apple’s senior vice president of worldwide marketing – says “The best we have ever created, the 15-inch MacBook Pro with a Retina display, and everyone has fallen in love with it”.

He further said that this new laptop is just 0.75-inches thin, or 20% thinner – “a full one-fifth thinner” – than the prior 13-inch MacBook Pro. When he was asked about its weight, he confirmed it to be the lightest MacBook Pro ever. It weighs around 3.57 pounds which makes it lighter than both 15 inched Retina and 13 inched Pro models.

So many lucrative things in one! Wondering about the price now? Okay, for a baseline hardware configuration that includes a 2.5 GHz dual-core i5 processor, 8 GB memory and 128 GB flash storage, you will be required to pay $1,699 which again makes it $500 less expensive than other 13 inch models.